Did you ever think about what the police do with their emotions after they have dealt with an horrendous crime?  A suicide? A fatal stabbing? Terrorism? When they are faced with difficult and dangerous situations, we, the public call for their help.  The Officer arrives at the scene and we expect them to deal with the problem or cope with the challenges they face.  Have you ever thought about what  happens to that Police Officer(s) at the end of that incident?  What they witnessed? The remains of a person found or to inform a family of their dead child? We most probably don’t.  We think about what had happened, the tragedy, the shock, but how grateful we are for their aid (most of the time).

It did not cross my mind about the impact or suffering of that Police Officer.  Nor to hear they are not coping or have had an anxiety attack or breakdown because of what they had seen.  This is serious – The symptoms of anxiety can affect the performance at work and difficulties at home.  Difficulties sleeping (or getting to sleep), loss of appetite, panic attacks, flashbacks, irritability are a few symptoms that can affect any person suffering with stress, anxiety, and at worse depression.  That Police Officer doing their job can be affected at any time (just as any other job that becomes too much over a period of time).  If that person is not used to dealing with their feelings, they ‘park it’, ‘put it to one-side’.  That Police Officer has not got the time to ‘feel’.  The next emergency is waiting. And so on. At the end of the shift, if they don’t off-load and the remains of the day is carried to bed in the hope of a good night sleep. Really?

The problem is, how many times Police Officers put their feelings off in order to ‘manage’ or cope with the job at hand.  As a result, the amount of feelings that have been piled up will eventually fall down, breakdown.  That person will feel less effective, productive or supportive towards their colleague – it can lead to time off from work for long periods.  The concern I have as a Therapist is that same Police Officer will have pent up emotions stored over 7, 15, 25 or even 35 years.  The therapeutic counselling space enables a confidential talking arena for the Officer to move freely from one trauma to another; detailing images as if it happened yesterday.  So what about the emotion?

The vivid description is then shared with the Therapist who captures each clip like a movie being replayed.  Now the Therapist has a sense of  what the Police Officer has been going through.  The counselling sessions are short term, but just enough to help that Officer work through and learn coping strategies.  Furthermore, time will help them to manage their return to the next emergency response or take a side-step into an alternative department within the Police Force.

The Person Centred Approach is great for offering the counselling conditions needed to accept the Police Officer in total regard. Plus allow them to lead as they tell and re-tell their story. Cognitive Behavioural Therapy (CBT) is another method I have used to aid their anxiety.  These 2 Theories complement each other with the benefit of Breathing Techniques help to calm the internal system, keep the thoughts positive and rational if we are to get through the next 6-8 counselling sessions.  Longer term therapy will always be suggested if they continue to struggle emotionally, but many decline as they want to continue to be the first response to a crime. 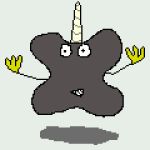